The Florida locale where all Bite Somebody hijinks go down is referred to in the book as “Admiral Key,” but it’s based on a real place in Florida called Longboat Key.  My family has been vacationing there since long before I was old enough to drink rum punches. Now, every year, my Aunt Susie (and sometimes my mom) head down to Longboat Key for what we call “The Bite Somebody Pilgrimage.” I was just there in April, and I brought back photos of not only the real locations but also … a real character.

Book: The Drift Inn (and Angry Santa)
Real Life: The Drift-In (and Dave)

Much alcohol consumption occurs at this dirty dive bar on  real life Bradenton Beach. We pay homage every year by drinking cheap beer and dancing. We also try not to annoy the perpetually silent bar back, Dave (nicknamed “Angry Santa”), who’s actually super friendly if you get him on his day off. 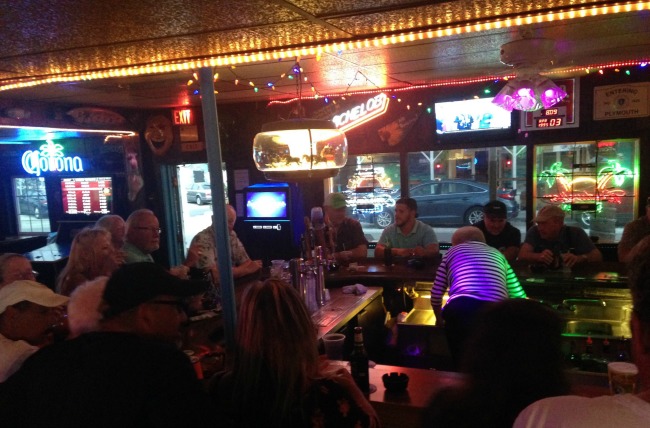 I’ve ridden my bike (like Ian) past these cottages so many times, and I think they’re adorable. When I started writing Bite Somebody, there was no other option for where Celia and Ian would live. And don’t forget about their crazy landlady, Heidi, who’s based on an actual lady who walks the beaches of Longboat Key in a blonde wig. 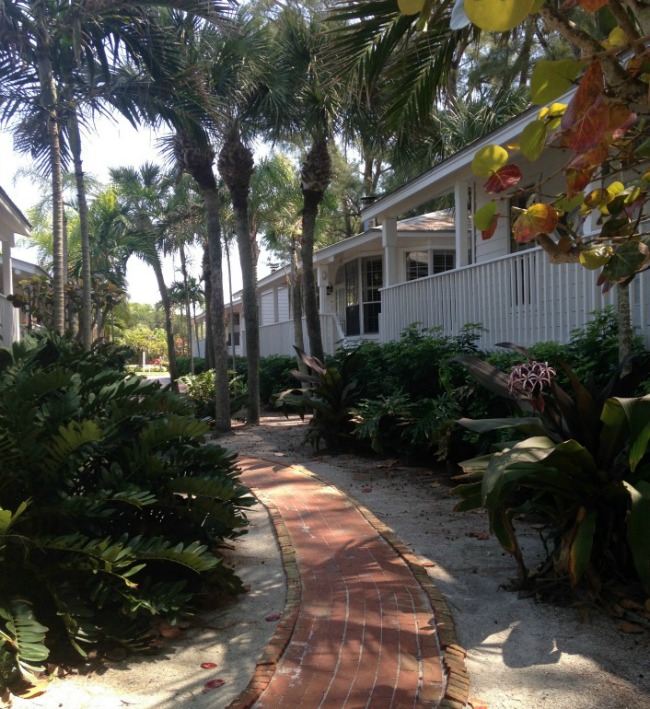 Imogene plays a rousing game of Marry-Screw-Kill on the balcony of the Daiquiri Deck in real life St. Armands Circle while Celia drinks my favorite beverage: Kryptonite, a mixture of the establishment’s Electric Lemonade & Green Parrot with Grain Alcohol on top. Aunt Susie and I always pay a visit.

Ready for a night swim? Celia sure does like a good midnight plunge into the ocean, and so do I, much to the horror of my aunt, who had to remind me, “You’re not actually an immortal vampire.” I didn’t drown this year. The water felt warm. In fact, I’d go so far as to say, I felt a bit like a mermaid …

Some sexy time ensues in a certain foliage-filled park on fictitious Admiral Key. On Longboat Key, this park exists, although under a different name. I’ve never been there at night, but Susie and I often go for bike rides here, where we try to spot dolphins and manatees in the harbor.

Imogene’s favorite drink in Bite Somebody is a rum punch because, quote, “It’s beachy, bitch.” I first discovered these concoctions on my honeymoon in Belize, and I brought the recipe home: a mix of spiced rum, strawberry-banana juice, peach juice, and ice. I’ve mastered the technique, and Imogene’s right: they’re beachy.

One more farewell from The Drift-In. Don’t forget to pre-order your copy of Bite Somebody today, coming June 21st from World Weaver Press. Click HERE to order, and a happy splash of rum punch in your general direction!

4 thoughts on “Longboat Key: The Real BITE SOMEBODY Location”