Continued from Friday’s Part I, I now give you the conclusion to Matt Dobie’s “Dog Track.”

By Matt Dobie, my little bro

Ed began to stand, but Margaret clutched his hand and yanked him back to his seat. “You’re just going to leave me here, alone?”

“You’re not alone honey, Thatcher’s here to keep you company.”

She squeezed tighter. “You’re going to leave me here?”

“Don’t worry,” Ed pried her hand from his. “I’m leaving you in the loving hands of my good friend, Thatcher. I shall return momentarily.” Ed began to scoot down the aisle. Margaret stared him down, sending him the sad puppy-dog face in desperation.

“You better hurry. The third race is about to begin,” said Thatcher. Ed scampered away without responding.

“Why would Edward care if he missed the third race? He isn’t betting or anything is he?” said Margaret.

“N-no, no. It’s … that’s not it … it’s, uh …” Thatcher scratched his head as he fumbled over his words. “It’s just that, ya know. We come here every week, and you, you gain an attachment to certain dogs, especially Ed. You know how sentimental he can be. And one of Ed’s favorites is in the third race.”

“Hmm, you know, I don’t … Oh, I think it’s Beach Comber. Yeah, that sounds right. Beach Comber.” Thatcher dropped another empty cup to the floor. “Ya know, Miss Hummel. You got a great guy in Ed. I mean he really gives you special treatment.”

“No, no. It’s more than that. He brought you to the tracks. This is our sanctuary. This is where the boys can be boys. No stress here, just an afternoon out with the guys. And he invited you to come along? That’s special.” 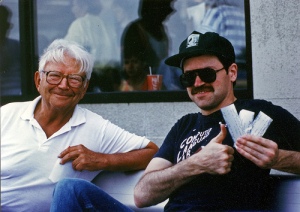 “If he thinks I’m so special why did he just leave me here alone?”

“Well, he just wanted us to get acquainted.” Thatcher swayed towards Margaret and flung his arm around her. “I have a feeling we are going to be the best of friends, Marg.”

She shrunk, trying to avoid as much contact as possible.Down the aisle came Clark, with his bald head reflecting the sunlight and a giant beer in his hand. “Hi, you must be Ed’s wife. I’m Clark.”

“Oh, so you’re the one with the turtle.”

“Yep, that’s me. So I guess you’ve already met Frankie.”

“Excuse me, but don’t you think it’s dangerous bringing a turtle to an outdoor event like this? I mean, a bird could get him or all the people around might frighten him. You never know what could happen.”

“Oh, it’s fine. Frankie’s a pro. He’s been doing this a long time. I never have to worry about him.”

“Nevertheless, he is still just a turtle. You never know what it might do if it feels threatened. He could run off or even bite someone.”

“Oh, he’s more than just a turtle, he’s my best friend. You just need to get to know him better. Here, pet him.” Clark dangled Frankie in front of Margaret’s face. “Come on, pet him.”

She recoiled in horror, ducking under Thatcher’s arm and using it as a shield. “No. Please, no.”

She shivered and contorted. “No, seriously.”

“Get that turtle out of my face!” Margaret’s shrill voice echoed throughout the bleachers.

“Sorry,” said Clark sincerely. An awkward silence fell on the group as he placed Frankie gently back on the bench. He got out a small bottle cap, filled it with beer and placed it in front of his beloved pet.

“What are you doing?” asked Margaret.

“Oh, he’s just a little thirsty. He loves the stuff, but I only let him have a cap-full every Saturday.”

Margaret stared wide-eyed at Clark and said, “So now the turtle’s drinking beer? I don’t understand. Doesn’t that strike you as wrong?”

“I can’t believe this,” Margaret began to shake her head. “This is ridiculous.”

Ed returned wielding a smile and a bag of peanuts in hand. “So what did I miss?”

“Well,” said Thatcher. “Your boy lost in the third. Badly, too, I might add. And some no name won in the forth. The next race is about to begin.”

“Beach Comber blew it? Dammit. I mean, darn it.”

“Why would you care, Edward?”

“Oh, no reason. I just like him. That’s all.” Ed snuggled up to Margaret. “Here you go, sweetie. I brought you these to snack on.”

“They’re all salty and disgusting. I can’t eat these. I can’t believe you would even give them to me. What were you thinking?”

“I’m sorry, honey. I thought they would suffice.”

“Well, you thought wrong,” Margaret pouted. “And did you know he feeds that turtle beer?”

“Yeah, he likes it. Just a little bit, it couldn’t do any harm.”

“Are you kidding? I can’t believe you’re fine with it. What’s wrong with you and your friends? Letting a turtle drink beer is not okay! I’m still in disbelief that he would even bring a turtle to the dog tracks.”

“Why wouldn’t he? Frankie likes to watch.”

“Don’t raise your voice to me.”

“I’m sorry. It’s just, why would he deny his pet the pleasure? He enjoys watching the races.”

“So you’re siding with them?”

“Sides? There are no sides,” said Ed.

“Fine. Fine Edward. When can we leave?”

“Just after the seventh race. I want to stay at least that long.” Edward turned his attention towards the track. “Ah, man. Sunny Concern didn’t even show in the fifth.”

“Another one of your favorite dogs, dear?”

“Don’t worry, sweetie. The seventh race will begin soon enough, and then we can leave.”

“And I can get away from these turtle abusers. It’s so irresponsible. I can’t believe he would bring such a delicate creature here,” Margaret muttered under her breath.

“Why wouldn’t he? He likes to watch!”

Thatcher dropped the last empty cup to the floor and stumbled up to the fence, leaning on it for support. Ed followed right behind him. “I’m excited. The race is about to begin. I made the switch to Cactus Noel.”

Miss Whirly Whirl is making a move. She passed Prickly Steve, now she and Cactus Noel are neck and neck heading down the backstretch. 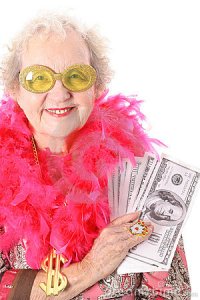 “Yes, all right … oops.” In Thatcher’s drunken state he was unable to control his glee.

“Ahh, man. Look, I’m sorry. That’s the way betting works. The more people that pick my dog, the less money I get. I didn’t mean to be a jerk, but I couldn’t have you picking the same dog as me.”

“Are you serious? You picked Miss Whirly Whirl and didn’t tell me?”

“I got to go collect my winnings.” Thatcher ran off, leaving Ed behind with his mouth hanging open in disbelief. Defeated, he slowly shuffled back to his seat and plopped next to his wife.

“I know, it doesn’t seem like me, right? But I figured what’s the point in coming to a dog track if you’re not going to bet? And she had the cutest name so I picked her.”

Ed held his head in his hands, scratching his scalp vigorously.

“What a rush. I can’t believe I actually won. This is so exciting. I’ve never won something like this before. And the scenery here is so nice. The perfectly cut grass in the middle, the well tended track. This place is growing on me. I might want to come back next week.”

Ed’s shoulders slumped, and he stared down at floor, beaten.

Margaret’s eyes perked up. She nudged Ed, “Hey, you want to get a beer?”

Thanks for reading, everyone, and thanks again, Little Dobes, for allowing me to share your work with the world!