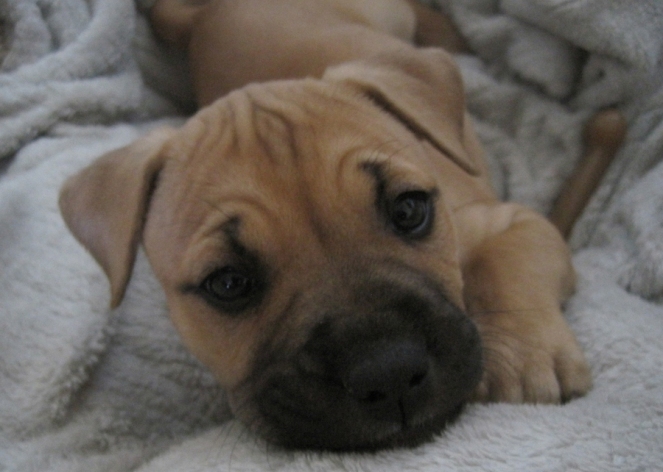 Ripley the dog enjoys the taste of human flesh. She’s nocturnal, sleeping only in the day. She’s under the impression that secret tunnels exist between couch cushions, and she has wild dreams of being chased by angry high-heeled shoes, which she attacks as soon as she wakes up. She refuses to be led on a leash, and she is singularly obsessed with pine cones.

Ripley the dog is seven weeks old, and we suspect she’s a bullmastiff. In a way, this feels like an unplanned pregnancy … except my baby has tiny shark teeth, and she resembles an angry vampire bat when she’s in attack mode. Every day, I ask myself: how did we end up with a dog?

Our friends, Wyatt and Leah, were moving out of their house in Maricopa. Maricopa is a wide expanse of desert with occasional houses and streets paved in dirt. As Leah prepared to pack the final boxes, she heard the sound of crying. She suspected wild hyena pups (and why not? It’s Maricopa). However, the crying did not come from wild hyena pups; the crying came from an itty-bitty puppy, cowering in the bushes. Leah, of course, took her in. The puppy had apparently been dropped. (Who the hell drops off a puppy anyway?)

Wyatt knew Jake wanted a dog, so he called us and said, “Want a puppy?” Jake asked if I would go see the dog and consider our options. This was confusing to me, since about a month ago, we decided to wait to get a dog until we moved into a house. As someone who is currently planning a wedding, writing a book, and working freelance, a puppy was not on my list of things to do.

But then there was Jake. Jake, who gave me his own version of puppy dog eyes. Who promised to find us a caterer for our wedding. Who promised that if we got this puppy, I could eventually get a kitten. Jake, who I love and to whom I would give anything. So last Tuesday night, Ripley the dog moved in.

As of today, Jake and I are exhausted. We’ve become accustomed to getting dog poop on our hands and stepping in unexpected puddles of dog pee in our living room. I rarely leave the house, and since I barely have time to eat, I’ve lost weight (weight I can’t afford to lose). My neighbors watch us yank her around the yard on her leash, saying “Ripley!” with varying levels of annoyance and force. And yet, now that she’s here, we can’t imagine our house without her.

This is going to be a long process. Our lives have changed. We’ve taken on a huge responsibility, and we’re stressed out and tired most of the time. But then, when I sit down on the couch, she runs over and puts her tiny paws on my knees. She looks at me with those big puppy eyes and waits for me to pick her up. She curls into a little ball on my lap. She rests her chin on my chest and blinks a couple times before contentedly falling asleep in my arms. And I realize I’m in love. 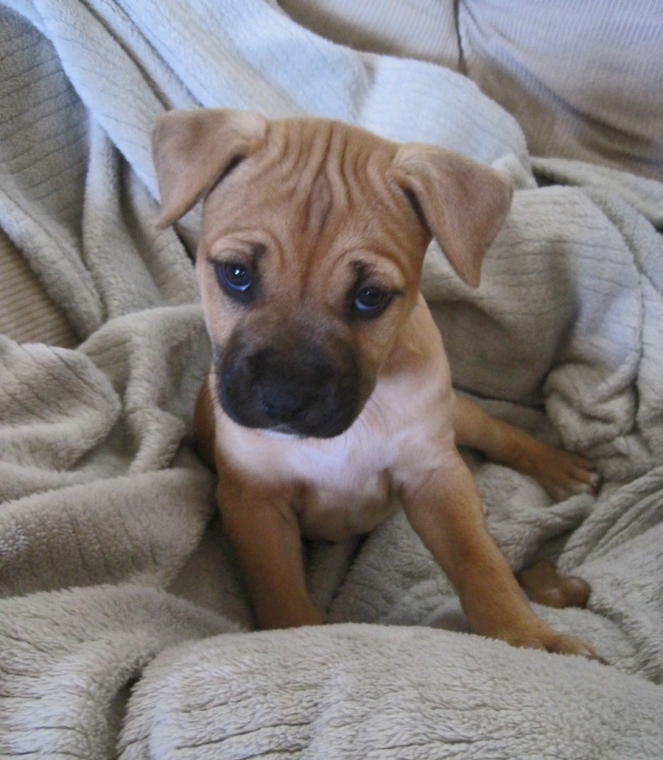 15 thoughts on “Ripley the Dog”