I have a friend who’s a photographer. Recently, he asked me to do a photo shoot. Since he’s my friend, I said, “YES!” After washing the sand off my legs and cursing helium balloons, I realized that for the price of me having done his shoot, Brennan Wesley would have to do an interview. So. THERE! HA! What follows is said interview, and it turned out just as enlightening and semi-self-deprecating as I expected. Oh, and I’ve included a couple shots of me from our Sullivan’s Island adventure. ENJOY!

An H and Five Ws with Photographer Brennan Wesley 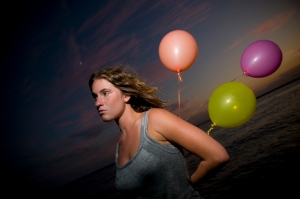 How did you become a photographer?

I was always a big fan of the paparazzi and the way they stalked the famous, hid in people’s shrubs, and went through celeb’s trash. It just looked real exciting.

The real reason: I loved art and sucked at math, English, Spanish, and science.

Who is your biggest artistic influence?

<My mom, she always had the crayons, construction paper out. Making things was always more fun than buying them. When I was a wee boy in the neighborhood, all the kids were riding their bikes and every one of them had a plastic BMX plate mounted in front of the handlebars with a number on it. Everyone but me. I went home crying to mom. She broke out the cardboard, tin foil, and blue paint, real fancy. She put three numbers on mine, which, being six, I didn't understand. She finished up, strapped it to the bike, and I tore off down the street toward the pack. When I approached, they all stopped riding, looked at my number plate, and said, "007, how cool.” Thanks, Mom, for making me the coolest six-year-old M@*% F*@#ker on the block.

What is your LEAST favorite thing about being a photographer?

Corporate headshots. Really, I hate them. Still better than sitting in a cube.

Where was your favorite photo shoot location?

Tortola, Tanzania, Maine, anywhere, as long as it involves a plane, helicopter, four-wheel drive, boat, or camel, I’m in. 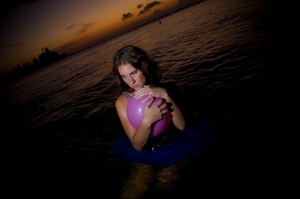 When have you wanted to give up on the “Artist” thing?

(“Artist” thing? You make it sound like a disease or Robert Downey Jr. movie.)

Never. After sitting in a cube for a few years, if it’s not the “Artist” thing, I’ll dig holes, shine shoes, or do anything but sit in a 3 3/4 sided box. I do have a tantrum now and then and think, “I suck, my work sucks, the world sucks.” Then I have a few beers, and it’s better.

WHY are you a photographer?

I like to approach people and ask them if I can do a photo shoot with them and instantly watch the words “alert,” “pervert,” “serial killer” flash across their forehead. Actually working with people and the variety of weird shit I get to see. Brain surgery, nude women, Bill Clinton, Africa, food…come on now, what could be better? 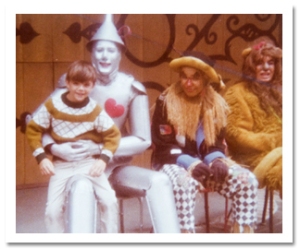 BRENNAN’S BIO: Being raised by the Tin Man, Scarecrow, and Cowardly Lion have filled me with unlimited amounts of courage, a giant heart, and the right half of a brain. The scarecrow got the left half. He’s a genius balancing a budget but extremely flammable during the dry season. Along with the courage came a camera. They knew what I was missing before I did. My passion for this profession has led me far and wide around the world and into lives of tribesmen to soccer moms. Aside from shooting, I spend the balance of my time in awe, surfing, or looking for my sunglasses. I live in downtown Charleston, SC, where you’ll find me at La Fourchette enjoying a nice glass of wine and pomme frites, double fried in duck fat. I was actually born and raised in Miami. But when I tell people that they say, “You don’t look Cuban.” Website: http://brennanwesley.com AND http://brennanwesley.blogspot.com.